Dr Gilbert’s brother in law, Dr. Robert A Hass, graduated from the Pennsylvania College of Optometry in 1946 following his service in the Army Air Corps during World War II.  Upon returning to Michigan, he Joined Dr. Madison Gilbert and the two practiced together in the Conner building in Owosso.

Gilbert and Hass opened a new office on Hickory street in Owosso, which is still used by Hass Vision Center today.

1976 Dr. Robert A. Hass’ son, Dr. William Hass graduated from the Illinois College of Optometry, and joined his father and uncle in practice.

Gilbert and Hass open a satillite office in Chesaning, MI

Dr. Madison Gilbert retired in 1986 after practicing optometry in Owosso for 66 years.

The Durand location moved from downtown to a larger space in Monroe Plaza.

Dr. Robert A. Hass retired due to failing health.

The Durand location moved next door into a much larger facility.

Hass Vision Center celebrated a century of eyecare in Owosso. 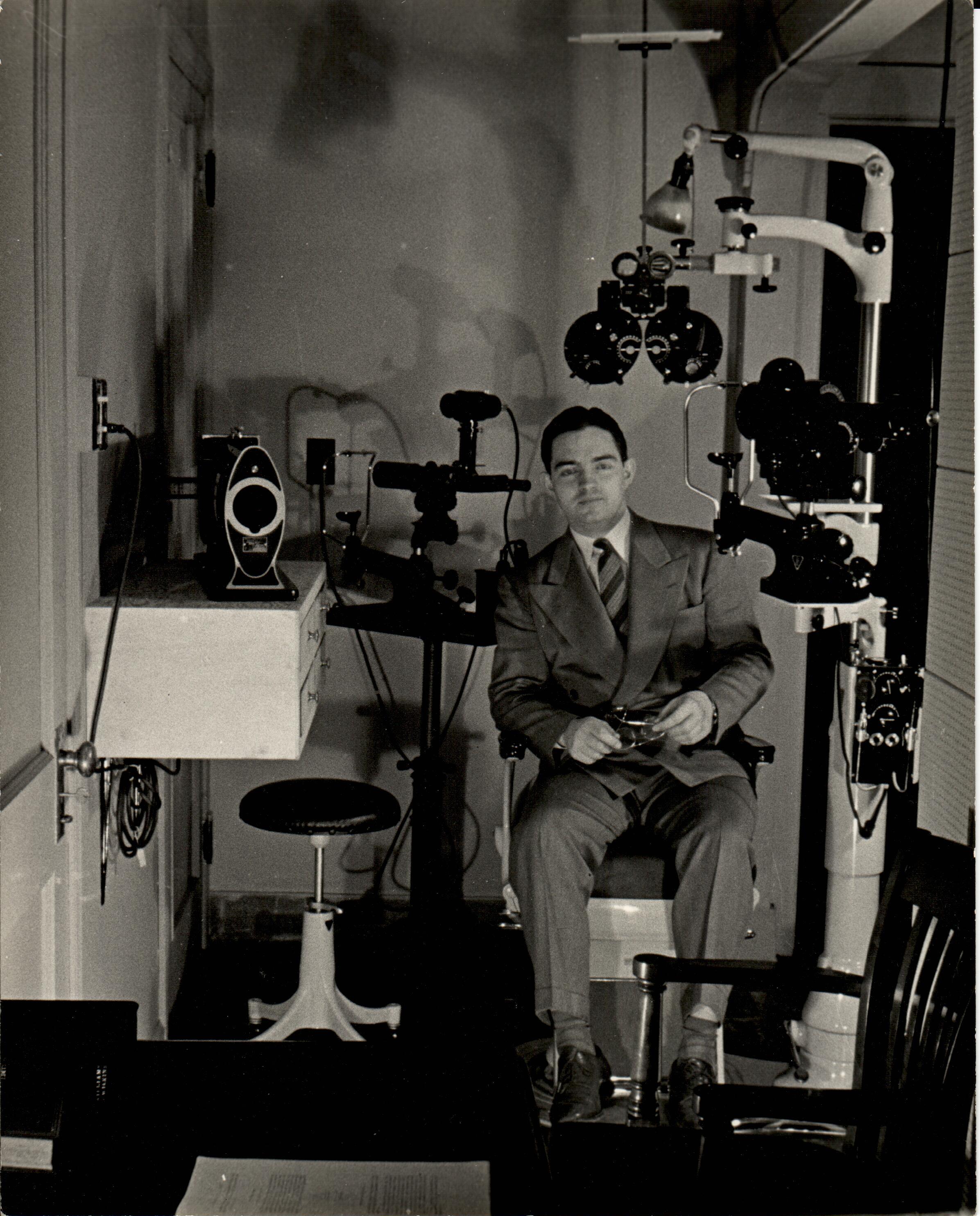 The Owosso office of Drs Gilbert and Hass 1965